2013 is a special year! 15 years ago Northstar's Bert van der Wolf teamed up with Harry van Dalen from Rhapsody Sound Masters in Hilversum and they initiated the High End label Turtle records® which than kicked of with a team of 5 inspired people and became highly successful within months...

Now so many years later and Turtle Records, now left with it's "single parent" Bert van der Wolf, Harry and Bert are still "soul mates" in sound and music and because Rhapsody celebrates it's 25th anniversary this year the plan evolved to produce a compilation record of the best of Turtle Records, 15 years "The Spirti of Turtle Records®"

We are in the process of finding the best tracks we produced over the years and are excited to find the results in a few months! 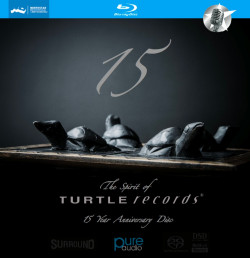